How can we help you today?

Let me first explain how putting mode works with our sensors. For starters, it really should not be called 'Putting Mode'- the more realistic description of this function is 'Slow-Swing Mode'. But since it was originally called Putting Mode that is how all the P3ProSwing documentation is.

I'll first explain how the sensor operates. The optics you see are a combination of emitters (which emit infrared light upward toward your club or club tape) and detectors (which record the data as that infrared signal is returned to the sensor unit). When the sensor pad is powered, there are 3 trigger emitters which will always be on (one in each of the trigger openings as indicated in the picture). In 'normal mode', when your club passes over the triggers the remaining emitters on the sensor unit are fired for 1/10th of a second. With a normal swing (even chipping), this is long enough for your swing to be completed. 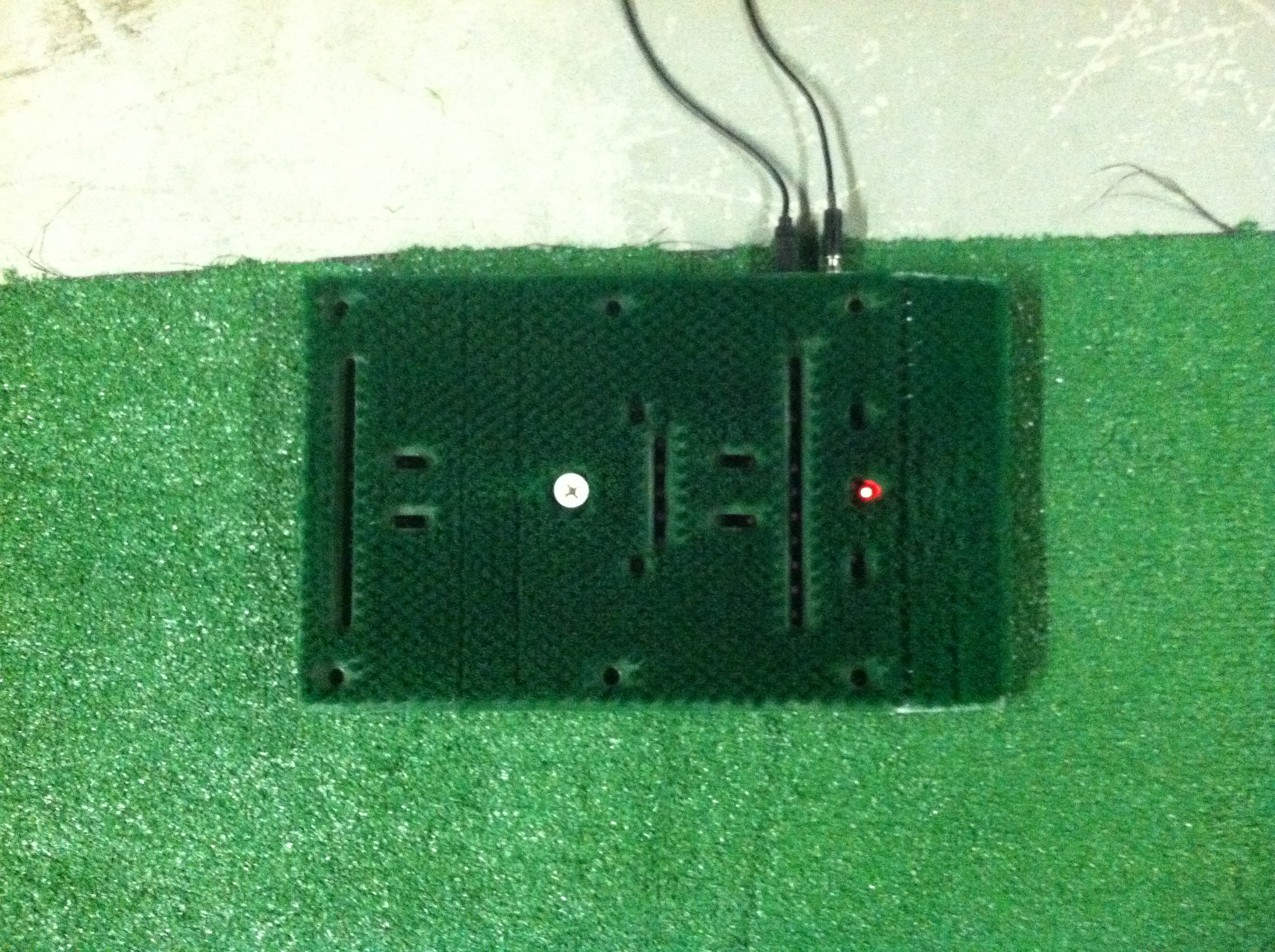 When the sensor is activated for Slow-Swing Mode, it will cycle on for approximately 10 seconds. After the 10 seconds, the putting mode indicator will go off (along with all the emitters except the trigger emitters) for a couple of seconds. It will then cycle back on. It will continue this on/off cycle 3 or 4 times before the sensor will 'time-out' (stop cycling). You should always execute your 'slow-swing' while this Putting Mode indicator is on. Should the sensor 'time-out', you can reactivate Putting Mode in a couple of ways (depending on which software you have open).
If you are using the core P3ProSwing software (via P3ProSwing Golf icon), you can simply press the letter 'O' on the keyboard and putting mode should be reactivated.
If you are in any other of our software options (Virtual Course software, PC-Game Interface or even in the core P3ProSwing software), you can simply switch to a different club (other than the putter) and then go to the putter. Putting Mode should reactivate.
Because of the 40 foot threshold, it is possible to be off the green and still be in 'Putting Mode'. You should execute your putt/chip while the red red light is illuminated.

* Also you can find yourself on the green and not in 'Putting Mode', thus treat this situation like a normal swing. The putter will be swung at a faster rate and will be picked up in 'normal mode'.

Missed Swings:
You may also find that certain types of putters do not work well as others with the P3ProSwing. For example, mallet style (larger) putters will sometimes have issues with recognizing swings (even when taped properly). Blade style putters work best. Most putters need to be taped, as very few (even if narrow enough) have the reflective properties to be recognized properly.

Another testing suggestion, if you're having problems with putting, is to try putting with an iron (preferably chrome-plated without tape) to see if putting works properly or not. If the iron works on the driving range without tape, it should work in putting without the tape. This will test to see if your issue is club specific and/or related to the taping of the club as you are using a club that you know works fine with the simulator.

ProGolf Issues and Information:
A common problem that has been occurring is that golfers are using the Virtual Course Software (with the Virtual Course Interface) and leaving the P3ProSwing Golf software open. Because both pieces of software (P3ProGolf & P3ProSwing Golf) are trying to use the same communications port to talk to the sensor, it becomes erratic and will not function as expected. Thus, you should assure you do not have anything running except the ProGolf Software when playing the courses.

Another common issue with putting on the Virtual Course Software comes with reading the green. Be very cautious of the green contour. In testing of the software we have found that the putting was very difficult on some courses. Most of the problems stemmed from difficulty of reading the greens. When we found a level green the distances tested out near perfect. What we suggest you do to better understand the green and contour is to use the <SHIFT> key to review the green. Holding the <SHIFT> key down while working the arrow keys will put the user in a view similar to kneeling on the green. Then you can see where the ups and downs are a little better. This helps because not all 'level' putts labeled in the software are level throughout the entire putt.

Also we have found that certain courses are harder to putt on than others, just like in real life. If you want to slow the putting down even further you can set the course conditions to "soft" in the start-up menu. Also in the game options you can set the ball friction scalar to 2.0 which will slow the ball's roll.

Did you find it helpful? Yes No

Send feedback
Sorry we couldn't be helpful. Help us improve this article with your feedback.